Below you will find my "Medical Department" from the November 2010 issue of The Civil War News. Enjoy!
THE ARTS OF DEATH
By James M. Schmidt
The Civil War News – “Medical Department” – November 2010
“It is well known that there are some chemicals so poisonous that an atmosphere impregnated with them, makes it impossible to remain where they are…by filling larges shells of extraordinary capacity with poisonous gases and throwing them very rapidly into [Fort Pickens], every living soul would have to leave in double quick time — it would be impossible to breathe there.”
- “A novel Method of taking Pickens” – Richmond Daily Dispatch – June 4, 1861
It is impossible to separate weaponry from medicine in the Civil War, as ordnance of many types were responsible for hundreds of thousands of deaths and many more thousands of wounds on the battlefield. While patent activity actually decreased in the first two years of the war before picking back up in 1863, there was an early and unmistakable increase in the proportion of inventions in the military arts during the war years. 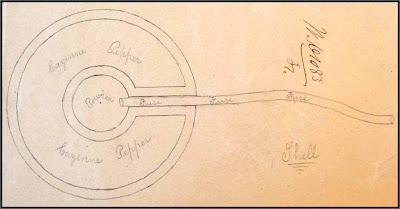 The National Archives and Records Administration have a video we would like to share with your readers on our Civil War Exhibit.

Here is the link http://tiny.cc/CivWar