I hope you've enjoyed my recent posts in which I shared mid-1800s insurance documents in my collection (here, here, and here).

The final post in the series is my "Medical Department" column for the February/March 2014 issue of Civil War News, which gives a bit more information on the histiory of life insurance in the United States up to and including the Civil War.

Imagine for a moment that you are a life insurance agent sitting in your office in early 1861…the day’s mail includes a piece of correspondence from one of the brave Union soldiers garrisoned at Fort Sumter, with a very serious question:

“I am desirous to be informed whether, in case we are attacked by the forces of South Carolina, and I lose my life in the defense, the Company will pay the amount of the policy to my family.”

How do you reply?  That very note came into the offices of New York Life in February 1861.  For months – anticipating a crisis – the company principals had debated how they would handle war claims, but here – in their hands – was the impetus needed to make a final decision.  They wrote back to the soldier; first, admitting that the risk of war was not legally covered, but then vowing:

“[Should] any of the brave men now doing duty at Fort Sumter…fall in its defence…we doubt not but that there is patriotism enough in our Trustees to waive the legal question…and pay the amount insured.”

The history of life insurance in America, from its origins in the early 1800s up to and including the Civil War, is the subject of an interesting and award-winning book: Investing in Life: Insurance in Antebellum America (Johns Hopkins University Press, 2010; softcover reprint, 2013). The author, Sharon Ann Murphy, Ph.D., is an associate professor at Providence College, Providence, Rhode Island, with special interests in 19th-century U.S. social, economic, and business history. The book won the Hagley Prize in business history in 2012. 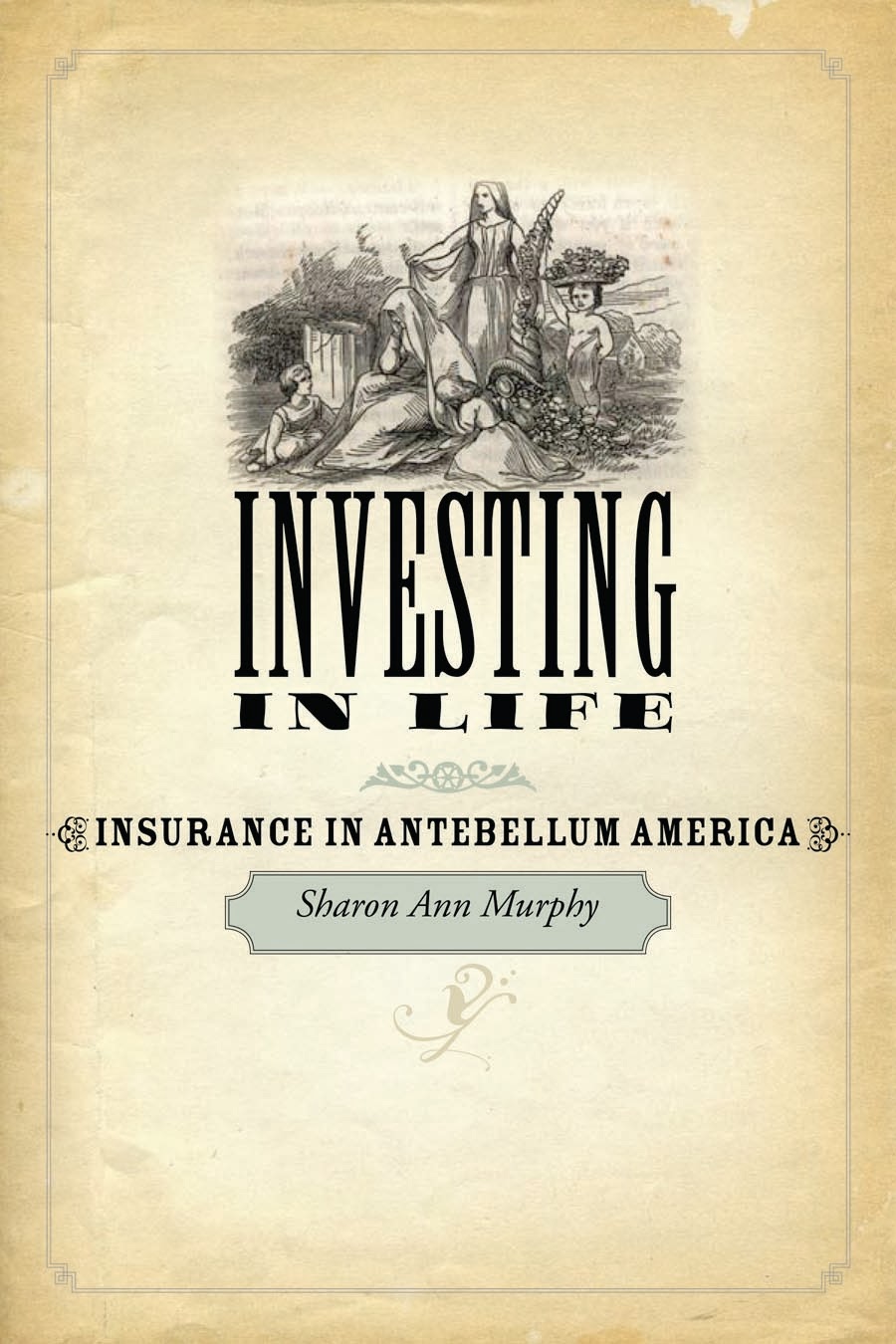 I received a review copy from JHU Press and enjoyed the book very much, indeed.  I was especially interested in reading the book as it represents a unique intersection of so many of my own interests in 19th-century history, all in one volume - corporate history, slavery, the Civil War, and – of special interest to readers of this column: medicine and health.

The book is a very thorough examination of the birth and growth of the life insurance industry in America from the early 1800s through the Civil War. The author's research is exceptional: in addition to period newspapers, published company histories, and other secondary literature on the insurance industry in the 1800s, she made special use of a few collections of America's earliest insurance companies, at least one of which included correspondence to and from the company, so one gets both a customer and a corporate perspective.

The beginning of the book was interesting as it explained how the American companies had very little in the way of actuarial or mortality information for the United States and had to make assumptions by adapting British mortality and premium tables instead. It was interesting to learn that the insurance companies pressed for changes to the census questionnaire.

The book then describes the evolution of the major companies (some still in business to this day, such as New York Life, MetLife – which started as the National Union Life and Limb Insurance Co. – and others), the development of agency/agent system, the moral and religious arguments for and against life insurance, the grim - but interesting - involvement of some companies in insuring the lives of slaves, and – finally - the role of firms in insuring the lives of soldiers during the Civil War.  The author also challenges some conventional wisdom on the history and evolution of the life insurance industry in America.

As I hinted at above – and this should not be surprising given the subject matter – there is a considerable amount of material in the book related to 19th-century medicine which should appeal to readers of the column. This includes:

Physicians: Just as many do today, the antebellum insurance companies required a medical examination of potential customers to determine possible risk factors.  One firm required all agents to “select a physician of experience, and one in whose character entire confidence can be placed.  His opinion will be taken in every case.” (p. 66) Insurance firms were very conscientious about the credentials of the examining physician, disallowing eclectics and other "non-traditional" schools of medicine. The examining physicians were asked to assess the applicants’ specific health condition, an opinion on their potential life span, and advice on whether an additional premium should be charged.

Geography: Presumed and demonstrated differences in disease patterns across the continent also played strongly into assessing health risks and premiums.  As a general rule, living or traveling in the Deep South was either prohibited or engendered increases in premiums or limits on policy values.  William Bard – president of New York Life & Trust – declared that he “declin[ed] altogether insurances for the whole year in New Orleans or in other Southern or particularly unhealthy places.” (p. 35).  The firms were also very cautious about insuring persons in California.

War Risks: Policies had almost always included military service and war exclusions but most companies excused these limits and added a modest “war risk” premium of a few percent on soldier and sailor policies, in no small part because they felt it their public and patriotic duty.  But many actuaries and insurance businessmen quickly realized that the real problem was not in the easily intuitive risk of death on the battlefield, but rather from disease.  As one insurance executive warned, “[T]he losses by battle are small in comparison to what they are estimated to be by disease contracted in camp or by exposure.” (p. 270).

In short, this excellent book provides a look at matters of life and death in the Civil War era in a way that you may not have considered before.

It also provides an interesting connection between ourselves and our antebellum and wartime ancestors: there’s a chance that the life insurance company you use today may be the same as the one they used!

WEB EXCLUSIVE: For those getting to this column via the print edition, several pieces of mid-1800s insurance ephemera in my collection, including: 1848 personal insurance questionnaire for a London-based firm; an 1866 booklet from a Connecticut-based life insurance firm; and an 1859 property insurance document, can be seen at the links at the very top of this post. Enjoy!
Posted by Jim Schmidt at 4:34 AM