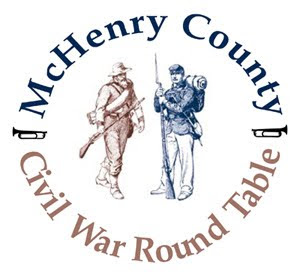 I had the great privilege of being invited to speak at the 2009 Fall Civil War Symposium put on by the great folks at the McHenry County (IL) Civil War Round Table (CWRT). The event was this past Saturday (14 November) and I had a wonderful time. As I've mentioned on the blog before, it was all the more enjoyable because it was my "hometown" CWRT when I lived in the far NW Chicago 'burbs, and it was just great to get to see some old friends!

I spoke first about my book, Lincoln's Labels, and got some great questions!

Next up was Fr. Robert J. Miller to talk about Jesuit chaplains during the war, whom he termed "God's Storm Troopers." It was a great lecture. I've been looking forward to meeting Fr. Miller ever since I saw his Abraham Lincoln Book Shop "Virtual Book Signing" event (see link here and go to 20 October 2007 event) about his book, Both Prayed to the Same God: Religion and Faith in the American Civil War. He also has a website. 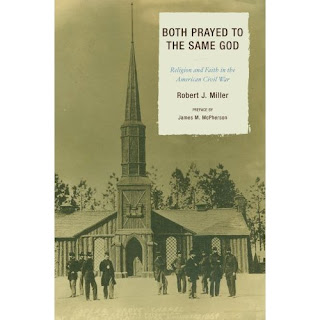 After a nice lunch, next up was Dr. Richard Zevitz, a professor in the Department of Cultural and Social Sciences at Marquette University in Milwaukee, WI. He is the author of several publications relating to the criminal justice field. Dr. Zevitz discussed the conditions that existed in most prison camps, the treatment of prisoners, and the justification used by the Union and Confederate governments to justify such treatment. He specifically discussed the POW camp at Camp randall in Madison, WI, which was actually a new subject to me.

Finally, Robert Girardi talked about "General Impressions," that is, what generals had to say about other generals, and many times it was pithy, biting, and uncomplimentary, which maf\de it all the more fun! Robert Girardi is a past president of the Civil War Table of Chicago (as is Fr. Miller!), and currently serves as the Vice President of the Salt Creek Round Table. He earned his MA in Public History at Loyola University of Chicago, and he has had a life long fascination with the Civil War. He is a well travelled speaker and audiences around the United States have experienced his presentations. Girardi has authored or edited seven books and is currently employed as a homicide detective by the Chicago Police Department. You can learn more about Robert and his books at his website.

Also there was Civil War bookseller Bob Murphy, who was kind enough to stock up on my books, as well as Fr. Miller's and Robert Girardi's several books.

It was a great time. Now it's on with the rest of my 2009-2010 speaking schedule! Austin, Youngstown, and Minneapolis, here I come!
Posted by Jim Schmidt at 3:43 PM