About a month ago I posted Part I of my planned-for three-part series on the interesting and important role that "patent medicines" played in the American Civil War for my "Medical Department" column in The Civil War News.

Part II has now appeared in the Feb/March 2009 issue and is re-printed below for your enjoyment. Part III - regarding Abraham Lincoln's association with patent medicines - will appear in the April 2009 issue and will be posted here in a couple of months.

I stated "planned-for" 3-part series, because I actually think it may be 4 parts. In researching this interesting story over the past few months, I've actually come to see that the story doesn't end with the surrender at Appomattox. In fact, patent medicine manufacturers marketed their nostrums specifically to veterans many years after the war. Stay Tuned! 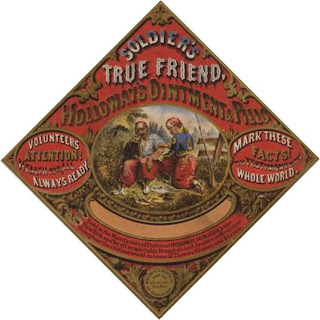 The history of the use of patent medicines in America actually begins in Britain. As early as the 12th century, “spicers” – retail sellers of spices – compounded and sold medicines. The “spicers” joined forces with the “pepperers” (wholesalers) to form the “apothecaries.” The 1700s saw the genesis of chemists and druggists, who sold medicines and dispensed prescriptions. Soon, English patent medicines began to show up in America, where they remained popular up to (and well past) the American Civil War.

The story of the British tradition of nostrums, from “Singleton’s Eye Ointment” (first made in 1596 during the reign of Elizabeth I) to Zam-Buk ointment of the early 20th century is told in a lively fashion in the lavishly illustrated Popular Medicines: An Illustrated History (Pharmaceutical Press, 2008) by Peter G. Homan, Briony Hudson, and Raymond C. Rowe. The book contains the histories of more than twenty well-known branded medicines, several of which were familiar to Americans – including soldiers - of the Civil War era.
Each chapter is dedicated to a particular medicine and includes a biography of the inventor, the origins of the medicine (a number of which were actually American institutions), its history, details of the medicine’s formula, and – especially – a wealth of illustrations including period advertisements, and photographs of the medicines themselves. Several useful appendices include a bibliography, a glossary of period medical terms, a list of substances used in the various remedies, and a guide to pharmaceutical weights and measures. 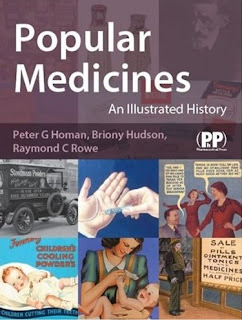 Briony Hudson, Keeper of the Museum Collections at the Royal Pharmaceutical Society of Great Britain, and one of the co-authors of Popular Medicines, was kind enough to answer some questions about the book, the RPSGB collections, the influence of English patent medicines in America, the role of Thomas Holloway, inventor of “Holloway’s Pills and Ointments” (which were advertised heavily to Union soldiers and their families), and the importance of military testimonials in medical advertising.

“I was brought up in Ross-on-Wye, a small town on the English-Welsh border, and studied History at Clare College, University of Cambridge,” Ms. Hudson told me. Following a period of voluntary work at Hereford Cider Museum and the Metalwork Department at the Victoria and Albert Museum in London, she returned to study at the University of Leicester where she did a Masters degree in Museum Studies. “After a short period of time back at the V&A, I moved up to West Yorkshire as the Assistant Keeper of Social History for Wakefield Metropolitan District Council, splitting my time between Wakefield City Museum, and the smaller community museum at Pontefract,” Ms. Hudson added. She moved to her current job at the Museum of the Royal Pharmaceutical Society in September 2002.

Ms. Hudson’s historical interests are very wide ranging. “Even within medicine my interests range from ceramics to women’s history,” she told me, adding, “I’m an avid museum and gallery visitor and particularly enjoy historical costumes, jewelry and graphic design. I’ve also got a fascination for 19th century social history and have recently researched the history of our Victorian terraced house.”

Indeed, Ms. Hudson confessed that she actually had no specific interest in medical or pharmacy history when she took the position at RPSGB. Still, she was quick to add, “My interest in pharmacy history has developed with the job, and that is my favorite part of the role.” With a collection of around 45,000 objects, Ms. Hudson and her team work on a combination of exhibition, publication and education projects coupled with an incredibly wide range of inquiries that they receive from around the world (including mine!). “That inevitably means that every day is different, and a learning experience,” she told me.
“Popular Medicines started as an idea from Ray Rowe, one of the co-authors,” Ms. Hudson told me, adding, “His enthusiasm, coupled with the rich collections of the Museum that we could draw on meant that the project was possible.” Peter Homan, a retired community pharmacist and Honorary Secretary of the British Society for History of Pharmacy, has written and published extensively on proprietary medicines and was an ideal third author. 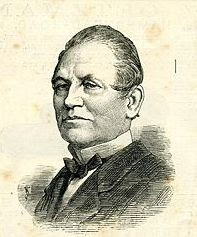 One of the most interesting stories in Popular Medicines is that of Thomas Holloway, in no small part because of his association with the American Civil War. Holloway was born in Devonport, Devon, in 1800. The family moved several times, finally settling in Penzance, Cornwall, where they ran an inn. After a stay of a few years in France where he worked as an interpreter, Holloway set himself up as a foreign commercial agent in London. Inspired by an Italian friend who manufactured and sold a general purpose ointment, Holloway set up a similar business himself in 1837. He used his mother's pots and pans to manufacture the ointment in the family kitchen and later added pills to his range of products.

The pills and ointment were said to be able to cure a whole host of ailments, from “A to Z” (or at least “Y”): from asthma to jaundice to “youthful indiscretion.” Chemical analysis of the products demonstrated that they did not contain ingredients of any significant medical value. In the main, the pills contained aloes and rhubarb, with small amounts of saffron and pepper; the ointment was principally olive oil, lard, and waxes. Still, the products were enormously successful, making Holloway a multi-millionaire.

“The resources that Holloway ploughed into promotion - well beyond his means at some points in his life - seems to have been the factor that made the difference alongside so many other similar products on the market at the time,” Ms. Hudson told me. Indeed, Holloway’s first newspaper announcements appeared in 1837 and by his death in 1883, Holloway (who also added “Professor” to his name as a gimmick for a time) was spending over £50,000 a year on advertising his products. 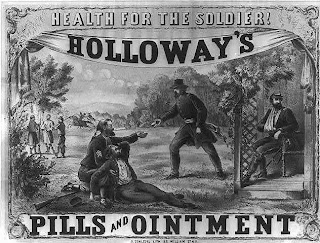 Holloway advertised heavily to American soldiers, sailors, and their families during the Civil War. Posters and broadsides – include some in full color – declared that his products were the “Soldier’s True Friend.” One poster showed a Union officer carrying a box of the remedy to an ailing sergeant; another had Moses handing out Holloway’s pills and ointment to soldiers, civilians and freed slaves. A typical newspaper advertisement stated that the soldier would find “muddy water and the damp night water” a more deadly foe than “the most determined enemy,” but promised that Holloway’s pills would “so purify the blood and strengthen the stomach…that the soldier can endure these hardships.” Other advertisements included testimonials from satisfied Union soldiers.

Indeed, one of the interesting themes borne out in Popular Medicines is the use of military testimonials in advertising of patent medicines, with examples from the late 1700s through World War I. “I definitely think that promoting a medicine by illustrating its military use brought a credibility and authority to the preparation in question,” Ms. Hudson told me. She pointed to a number of possible factors: the idea that the military would only spend money on high quality products; the fact that use in the army and navy would mean that the medicine had effectively been tested on a large number of people; and the patriotic kudos that a medicine had treated “our boys.”

Ms. Hudson also concluded that military imagery is very strong in graphic terms for use in advertising. “Military metaphors are also really useful to copy writers conveying the idea of ‘battling’ germs or a ‘war” against viruses,’” she told me.

Holloway died in 1883, leaving the formulas and business to his nephew. In 1931, Beecham’s Pills acquired the licenses to the products. Production finally ceased in the early 1950s. Despite the overwhelming popularity of Holloway’s products, he – like all “snake oil” salesmen - did come in for criticism for his ubiquitous advertising and dubious claims. When the famous British satirist William Thackeray met Holloway, he purposely addressed him as a military officer. When the confused Holloway clarified that he was not a “general,” Thackeray protested, “I made a very natural mistake, for you, too, must have killed thousands of people!”
Posted by Jim Schmidt at 5:00 PM