150 Years Ago - NYC Draft Riots - The Battle of Brooks Brothers

“A large number of marauders paid a visit to the extensive clothing-store of Messrs. Brooks Brothers, at the corner of Catharine and Cherry Streets. Here they helped themselves to such articles as they wanted, after which they might be seen dispersing in all directions, laden with their ill-gotten booty.”  - Harper’s Weekly, August 1, 1863


July 13-16 marks the 150th Anniversary of the New York City Draft Riots.  Below is an excerpt from my first book, Lincoln's Labels: America's Best Known Brands and the Civil War (Edinborough Press, 2008), that details the sacking of the Brooks Brothers clothing store.


The Battle of Brooks Brothers
An Excerpt From
Lincoln's Labels: America's Best Known Brands and the Civil War
by James M. Schmidt

On March 3, 1863, Congress — facing a shortage in military manpower — passed the country’s first conscription act. The National Enrollment Act authorized the president to draft citizens between the ages of eighteen and thirty-five into military service. “Peace Democrats” were particularly upset (both on principle and on rhetoric) at provisions that allowed drafted men to either pay a $300 commutation fee or procure a substitute.

In fact, the act was crafted to spur voluntary enlistments, and liberal “bounties” — as high as $500 in some localities — encouraged recruitment (and the sorry practice of bounty jumping) and filled quotas without conscription.

Still, some politicians (notably New York’s Governor Horatio Seymour) openly condemned the law, declared it unconstitutional, suggested that it was enforced along partisan lines (Seymour claimed that Democrats were drafted at a greater rate than Republicans), and used the symbolic argument of “a rich man’s war and a poor man’s fight.” At the same time, the Tammany Hall political machine — the city’s base of Democratic power, led by William “Boss’ Tweed — was engaged in enrolling Irish immigrants as citizens so they could vote in local elections. Many discovered they now had to fight for their new country.

The draft lottery started quietly enough on Saturday, July 11, 1863, at the Ninth District Office on 3rd Avenue and 46th Street. Using the “wheel of misfortune,” fully half of the state’s 2,500-man quota had been selected without incident when the doors closed for the day. On Monday, July 13, the draft resumed peacefully, or so it seemed; the city’s “Black Joke Engine Company 33,” still rankled that one of its brethren had been called up (firemen were traditionally exempt from militia duty), had decided over the weekend to “rough up” the lottery office on Monday.

By late morning, the crowd of onlookers that gathered to witness the Jokers’s “mussing up” had turned into an angry mob. It didn’t help that Sunday’s city newspapers carried both the names of Saturday’s draftees and a roll of the dead and wounded from the Battle of Gettysburg; the Union victory had come at a terrible cost, and not a few of the fallen had Irish surnames. The draft office was guarded by a skeleton force of sixty uneasy policeman, led by G. T. Porter, captain of the city’s 19th Precinct. Most of the city’s militia — which might have been used to keep the peace — were still in Pennsylvania, having been called there to meet the emergency at Gettysburg. Apart from the police, the only other force available in the city was a small number of troops garrisoned at the harbor and a few soldiers of the “Invalid Corps” — disabled veterans fit enough only for guard duty.

A pistol shot triggered a volley of stones from the mob. Porter’s men held off the mob long enough for the draft officials to escape but then retreated. The crowd stormed inside, and within minutes the office was in flames. The arson was the first act of nearly four days of unabated violence that targeted the city’s armories, newspaper offices, institutions for free blacks, homes, and shops. Just as the Battle of Gettysburg had immortalized many smaller actions by name — Little Round Top, the Wheatfield, the Peach Orchard, Devil’s Den, and others — so the Draft Riots had their own: the Battle of Bleecker and Broadway, the Defense of the Tribune, the West Side Riots, the Attack on the Colored Sailors Home, and the Sacking of Brooks Brothers. 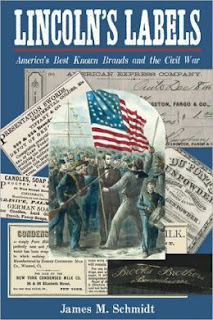 “From the first of the riot clothing appeared to be a great desideratum among the roughs composing the mob,” Harper’s Weekly declared a few weeks after, “a large number of marauders paid a visit to the extensive clothing-store of Messrs. Brooks Brothers, at the corner of Catharine and Cherry Streets. Here they helped themselves to such articles as they wanted, after which they might be seen dispersing in all directions, laden with their ill-gotten booty.” The nation’s other popular weekly — Frank Leslie’s Illustrated — mentioned among other victims that “Brooks’s clothing-store [was] plundered.” The blandly factual summaries don’t do justice to the violence within the store’s walls. (1)

The store was attacked on the night of July 14, the second day of rioting. The most detailed report of the battle at Brooks Brothers can be found in the official police account. First on the scene, the police were also the first to publish a record of their heroics (indeed, before the year closed). Thirty police from the city’s First Precinct were sent to the store’s defense. The street lamps and lights in nearby homes were extinguished. “The night was very dark,” reads the account; still, the Brooks Brothers store “was lighted up by the rioters so as to enable them to select and carry off the most valuable of goods.” The police charged and were met by a “volley of musketry, stones, bricks, and etc, from all directions.” (2)

The First’s Sergeant Matthew, stationed in front of the building, charged into the store to repel the rioters. “Then commenced a scene which is indescribable,” the police account continued. “The thieves attempted to rush through the police and escape. Some fell upon their knees before the uplifted clubs, shrieking for mercy, while the others wildly rushed in search of ways for a safe exit. On the second story, however, the rioters showed fight; but the police, making a determined charge, soon drove them into the rear building, where the majority of them, with most of their spoils, were kept and ultimately secured.” (3)

The police account indicates that their appearance was “hailed with terror by most of the lawless.” Some of the mob jumped downstairs and, once outside, were confronted by reinforcements from the Third and Fourth Precincts, “who drove them with terrible punishment, down Catharine and through Cherry Streets.” “Upwards of a hundred shots were fired by the rioters” in the melee at Brooks Brothers, claimed the police record, which also detailed some of the close calls: Officer Van Ranst, of the First, received a pistol ball in his cap (“had he been but a little taller the bullet would have pierced his brain,” the record stated grimly); Sergeant Finney, of the Third, was wounded in the face; and Sergeant Delany, of the Fourth, “was fired at by a man who was only about four feet from him, the wadding of the pistol knocking the Sergeant’s cap off.” (4)

The police spent the night and some of the rest of the week hunting up goods stolen from Brooks Brothers; they recovered $5,000 worth hidden in different homes in the ward. For the balance of Tuesday night and some days after, the police and Brooks Brothers employees kept guard at both stores (including thirteen-year-old Francis Lloyd at Broadway and Grand, who would one day become president of the company). Heroic as the police might have been, they were badly outnumbered and beleaguered, and control of the city was not reestablished until federal troops arrived (after a forced march from Maryland). The riot had largely subsided by the morning of Thursday, July 16. A period account places the toll at about 100 civilians killed, with another 300 injured. Property damage was more than a million dollars. (Brooks Brothers themselves recorded losses of $70,000).

For their part, the rioters never explained why they targeted Brooks Brothers. To be sure, the city’s working-class Irish — who made up the bulk of the rioters — were incensed that summer: wartime inflation had eroded what little spending power they had, and in a few instances when they had gone on strike to protest low wages, employers had replaced them with black workers. Brooks Brothers’ own labor problems a year earlier had not been with the Irish, however, but with their mostly German tailors (who also suffered at the hands of the rioters). Perhaps the rioters saw the clothier as a symbol of the city’s elite, or maybe they remembered the uniform scandal. More likely it was a simple matter of the store being in the wrong place at the wrong time.

A year later, the editors of Valentine’s Manual were still incredulous as to why the mob attacked the Catharine Street Store, stating (with not a little naiveté) that “the Messrs. Brooks are fair, upright gentlemen, of mild manners and such simplicity of deportment as to allay and conciliate rather than excite ill feeling in any with whom they come into intercourse.” (5) 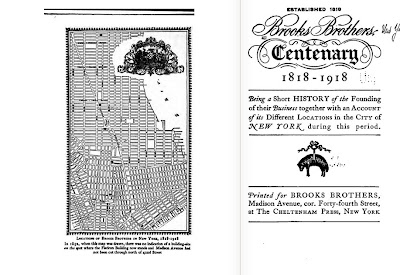 Full text of The Draft Riots in New York (from archive.org): 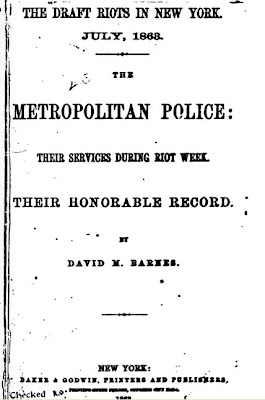 These riots are still shocking today a 150 years later. Crazy to think what people will do when they get into a mob.